The Joys of Glamping 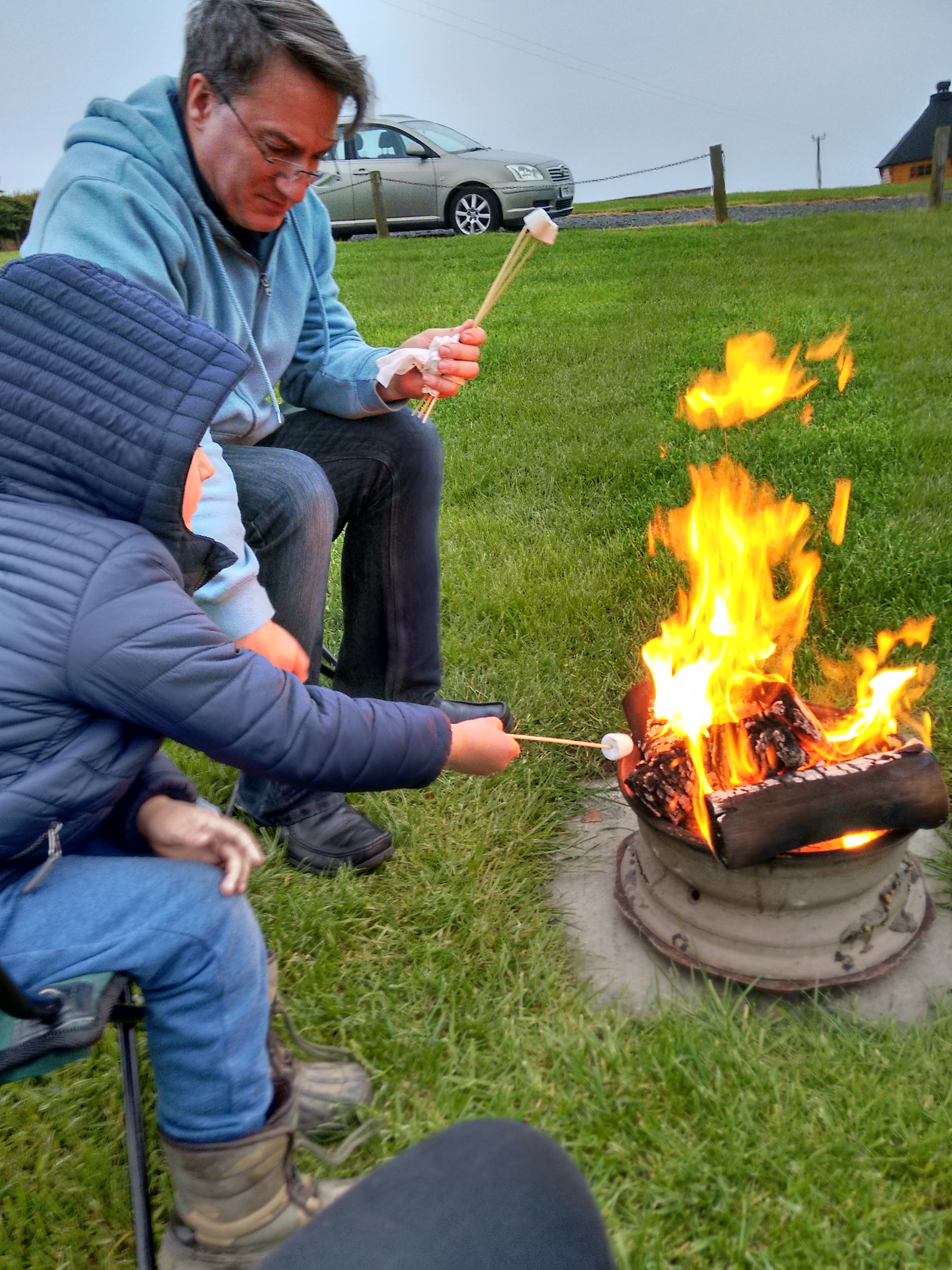 The idea of camping is often far nicer than the reality. Hurrah for Gin nailed it for me this week with her take on it all:

So this is why I booked a glamping trip up in Berwick-upon-Tweed earlier this month. The ‘wigwams’ at our holiday park Pot-a-Doodle-Do are dotted around a field like tents, but have the pleasant perks of a fridge, electric and a heater… and no swearing husband also trying to erect a tent and occupy two kids under five.

I started to have a bit of a wobble in the car, an hour or so into our journey up the A1. The sky grew darker and my tentative glances at BBC weather kind of made me wish I’d forgotten my phone. The traffic was awful and we started to bicker about anything we could think of (including half a Co-op cheese and ham sandwich).

It was therefore massively pleasing that when we got to the glamping site , we found that our wigwam was much bigger than I anticipated. Somebody had also left just over £1 in the electricity meter, handy for getting warm whilst we unpacked.

Having read a few reviews, we decided to travel with the bare minimum in terms of food, knowing that there were nearby supermarkets and takeaways. The local chippy was spot on and we sat outside, determined to enjoy our campfire and stop our food from taking off sideways in the North Sea winds.

The benches within the wigwam fold out to make one large bed (King Size, I reckon), plus a single. There are thick mats to go on top, making a spongey, latexy mattress. Definitely take sheets. We were warm, borderline tropical; so much so that in the end, baby actually slept in a nappy on top of the duvet.

There was a shower block and a kitchen on site. Communal cooking doesn’t come naturally to British families — we’re all just so damn awkward — but we got through it and even managed a bit of small talk whilst making a pasta lunch the next day. We braved the wind and went to the beautiful local beach (my ice cream flew off the cone and landed in my hair, baby laughed). Later on however, the wind died down, the sun came out and our eldest fled from us for most of the evening to hang around with his new mate from the wigwam next door. We toasted marshmallows and we swigged cheap prosecco from plastic flutes.

The following morning I woke up, with a fully charged phone and no grass stuck to my face. Refreshed. I felt a twinge of regret that we were packing up and heading to Edinburgh (where the weather turned out to be fantastic and our flat was great). For £24 per person, per night, glamping isn’t much less than a basic hotel room, but it did offer us the element of adventure and the wild outdoors that we hoped for. All of course within a safe walk of an ASDA and a flushing loo. 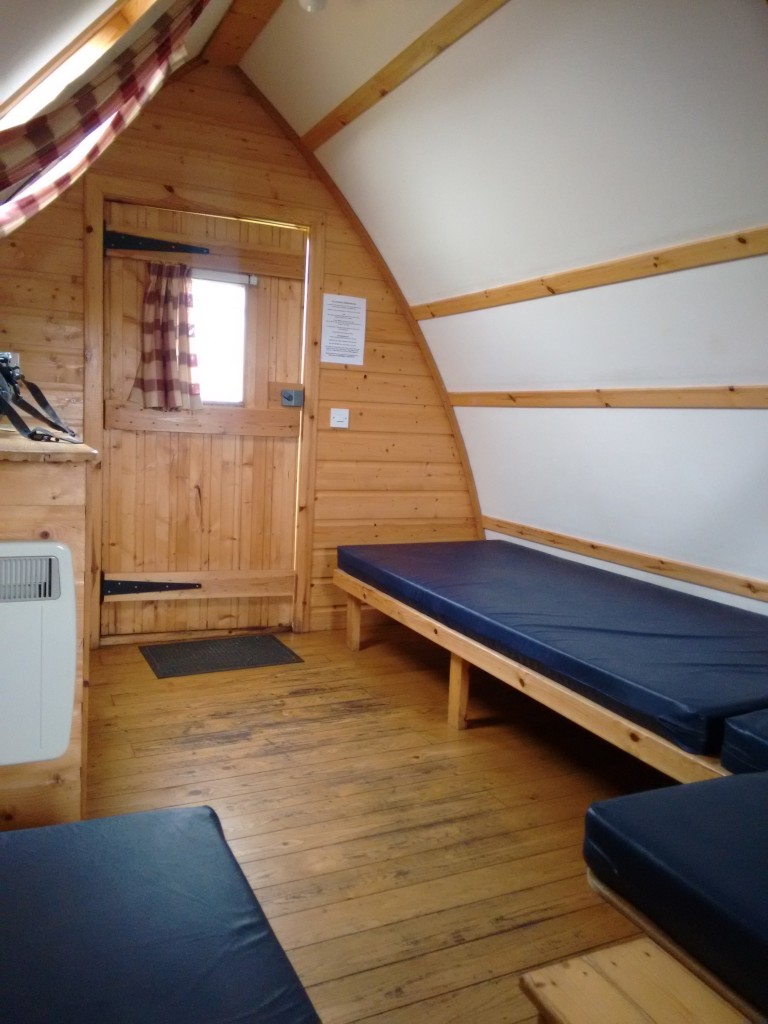 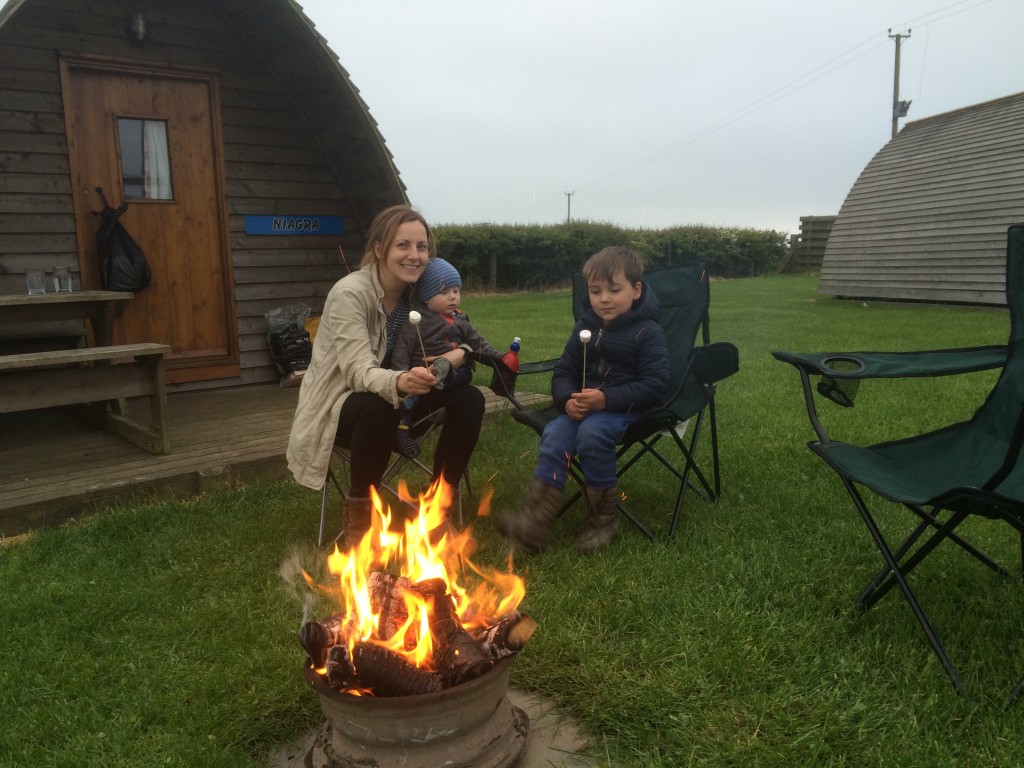