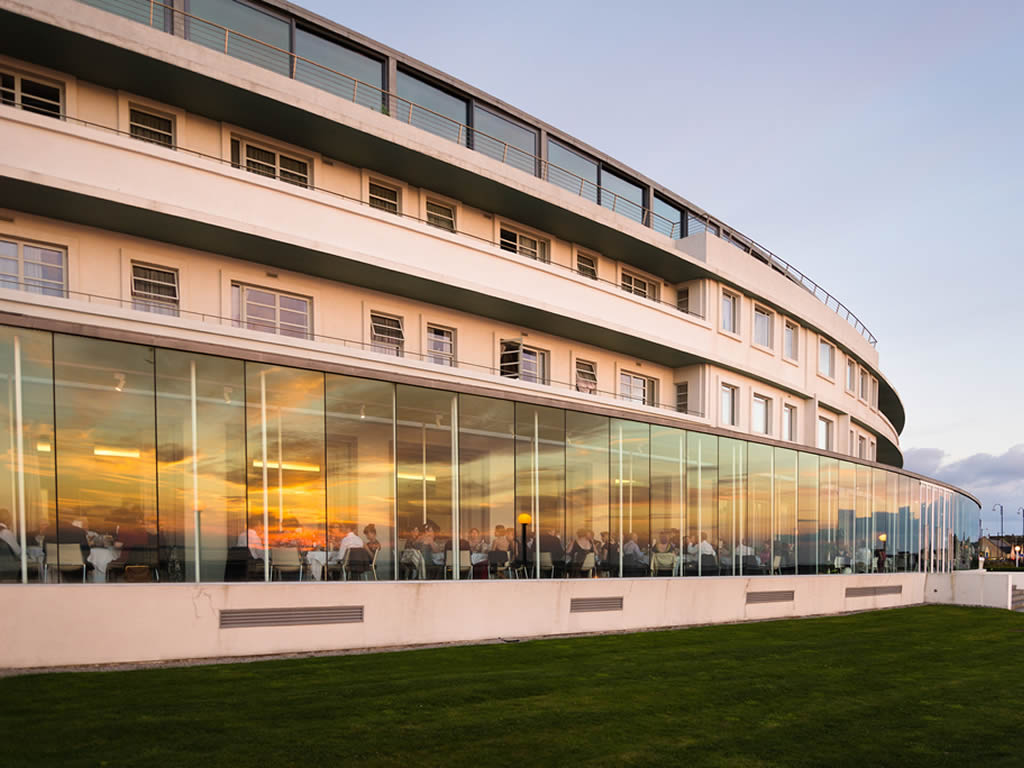 I live in Harrogate – pretty much a 1.5 drive either east or west to our nearest beach. I was watching the weather forecast on a dreary Bank Holiday, and my husband noticed a patch of clear sky over the far North West. Like the a bizarre reverse version of Storm Chasers We found ourselves parking up for our first ever trip to Morecambe just over two hours later.

The first thing we noticed (apart from a dazzling blue sky – hurrah!) was something that looked like a giant tube of Polo Mints, stood at the side of the road. It had a real macabre, Willy Wonka-meets-Soviet thing going on about it, quite unsettling really. We noticed too the remnants of rickety fairground rides, literally rotting away in the middle of the road. 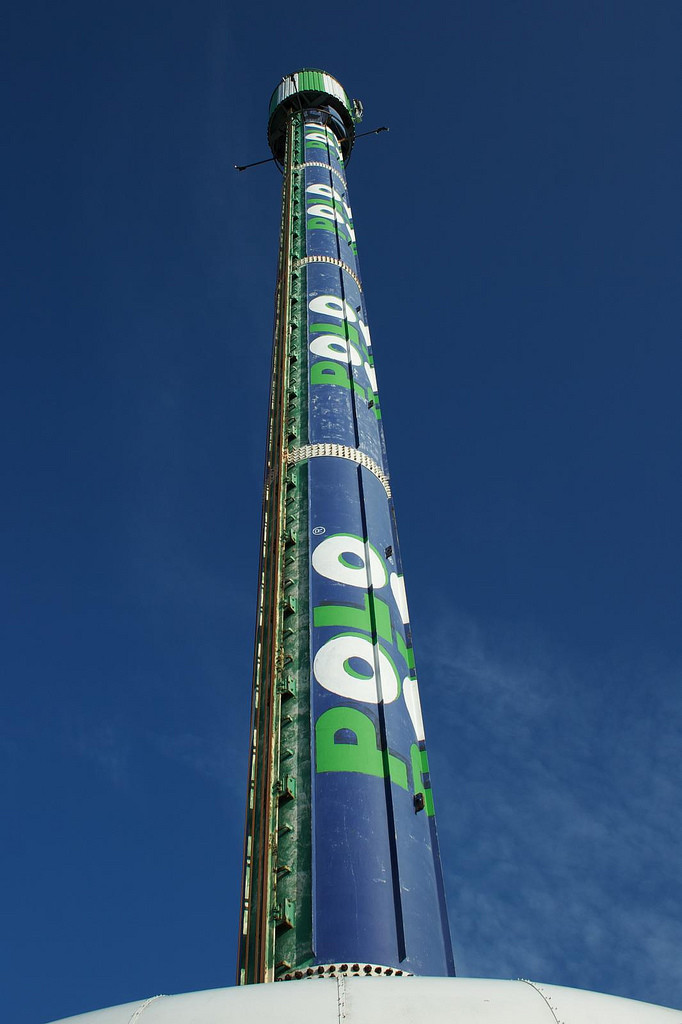 We learn that what we are looking at, are the bones of Frontierland, a theme park that closed down in 2000. The giant ‘Polo Tower’ is part of an old ride, but it has a communication mast on top of it and so has to stay. Locals say that it creaks and whistles in the night; the stuff of nightmares!

Strolling along the promenade from south to north, we pass bedsits, B&Bs, council parks and beautiful yet abandoned Victorian detail. The sea air felt weighty with neglect, a familiar feeling experienced at many English seaside holiday towns.

“Daddy. You said we are at the seaside” Asher states, wrinkling his nose. Andrew looks down and nods enthusiastically.

“Well where is the sea?”

At low tide, the sea goes out beyond a visible point, leaving the silty plains that once tragically claimed a number of Chinese cockle pickers. Andrew muttered something about the sea going out for its lunch and we continued to wander along.

A good friend and fellow blogger recommended that we check out The Midland hotel on Morecambe seafront. This original Art Deco building has been restored to full glory and given a cool, modern twist. It looks incongruous with its dilapidated surroundings, as though it’s been dumped by a time machine in completely the wrong time and place.

Rumour has it that afternoon tea is fantastic here, but with a rowdy three year old, we just didn’t want to ruin people’s gentile experiences. Instead, we visited the hotel’s Ravilious Rotunda bar – a flamboyant and quirky annexe.

I felt my shoulders loosen as I sunk into berry-coloured booth — much to Asher’s horror, who decided it was too much like The Mouth entrance at The Forbidden Corner. After much cajoling and the luxury biscuit from my pot of tea, we convinced him to sit down. 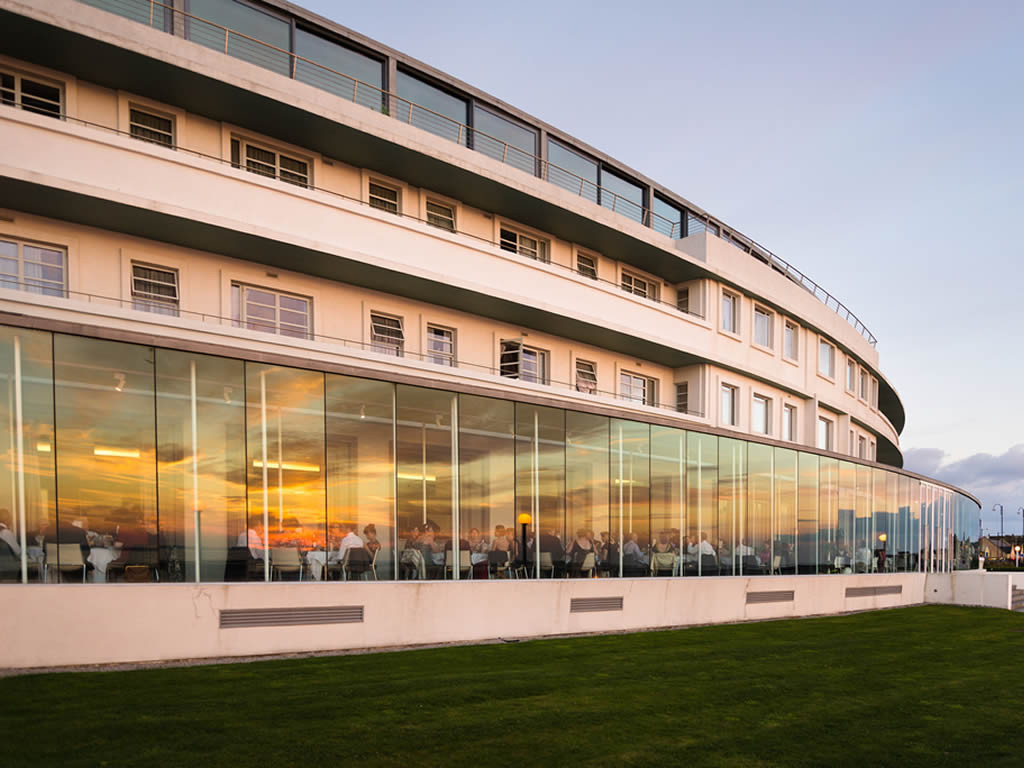 The menu highlight looked to be the range of Lancashire Tapas. Andrew ordered the fish board, featuring Port of Lancaster smoked salmon, local shrimp, cockles and a mackerel pâté. It was tasty but a little sparse, In comparison to my monstrous gourmet burger (ask for it with Garstang Blue cheese for a knockout twist).

By the time we’d summoned the willpower to leave our nest, the sun was setting and we realised we had a long drive home. We returned back down the prom, knowing we’d skipped some of Morecambe’s prettier areas and of course, the famous Eric statue. Maybe next time there’s a freak heatwave along the west coast we’ll come back to see it all, but for the time being we prepared to head back into the rain.